Almighty Allahabad or There And Back Again, A Tale Of Food, Fire And Friendship 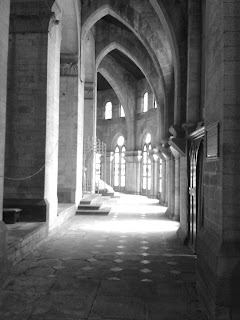 What can I say?

India has the ability to surprise you at each and every turn you take. And the Indians play a vital role in that. Sometimes it's not just where you are, it's also who you're with.

Maybe it all sounds a bit melodramatic, but my time in Allahabad was distinctly different from that in other cities. And it was the Sethi family that made all the difference.

Since the the hotels in Allahabad didn't really appeal to me, I opted for a slightly more risky option: a homestay. It may very well turn out to be one of the best decisions I made on this trip. I'm pretty sure that I would never have backtracked back from Varanasi to Allahabad if it wasn't for this lovely and extremely hospitable family, who ran their homestay better than any hotel I've been to. They genuinely love having guests and as a guest, you could tell.

As I have an more than average interest in Indian cooking, the lady of the house was more than willing to explain the dishes, show the ingredients and even give a cooking class. The food served by their cook (s) was among the best I've had and during my stay I haven't been even remotely hungry for a minute. I could even look forward to breakfast, usually my least favourite meal of the day. I wonder if they still serve the 'Justin Omelette Surprise', which was their eatible answer to my 'you-can-serve-me-any-Indian-breakfast-surprise-me'.

The Sethi's were even so nice to set a part of the enclosure on fire on the third night, something which turned out to be not quite intentional. Luckily the 'wall' of burning creeper was separated from the house by a few meters of not so easily inflameable grass and stone, which served as a barrier for as long as three fire didn't get worse. Also, they were not unprepared as they managed to kill most of the fire with the gardenhose before the firemen finally - and somewhat reluctantly - made their appearance. It ended well, which meant that except for the sleep deprivation, all was well.

As a city Allahabad was different from what one might expect from a name that has such a non-subtle reference to the god of a certain religion. I wasn't necessarily picturing minarets everywhere, but at first sight Allahabad seemed more influenced by Christianity than Islam or Hinduism. This was - of course - due to the Britishers, who despite their limited numbers apparently felt the need to build cathedrals, which are to this day are in use by the Indian Christian community here. Unlike many other colonial buildings, the churches have survived the ongoing expansion of Allahabad and seem to be in relatively good state.

In contrast to these landmarks in the city centre, there is the nearby Kyushu Bagh Park, home to four large Mughal tombs. As usual, these - except one - Muslim monuments showcase both their might the Mughals had as rulers and their role as patrons of the arts. I can definitely imagine worse places to have a picnic.
Despite the Christian and Muslim buildings, Allahabad has much more spiritual significance for Hindus as near the city the most holy rivers (Ganges and Yamuna) of Hinduism meet and merge with the Saraswati. When we were on the river to see the meeting point (dirt green mixes with dirt brown water), it was pretty quiet, but during the Magh Mela (annual), Ardh Mela (every six years) and Kumbh Mela (every twelve) as many was 32 million pilgrims visit this place on the main bathing day. A whole city is apparently built during the main festivities to accommodate all the visitors, which even for Indian standards is insane.

What's more normal is that there was a dead body floating in the river, which is not an uncommon sight in a holy spot by a holy river. Glad to see that some things never change.

More dead people in holy rivers at holy places in the next entry! Varanasi awaits!